Divorce may be one the most emotional things you can go through next to someone you love dying. Suddenly everything you have known for maybe years will be torn apart. Your home, your possessions, and worse, your children will have to suffer.

Making the painful decision to get a divorce is very difficult, but sometimes there seems to be no other course of action. Should you decide to go forward with it, there are many things to consider and plan to make your divorce as painless as possible for all concerned. 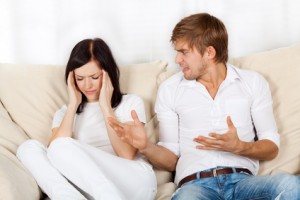 Planning for a divorce in Utah requires knowledge of Utah divorce law, which differs in some respects from other states. All states have their own unique laws regarding grounds for divorce, distribution of assets and others. A knowledgeable Utah divorce attorney from the Burton Law Firm can help you plan and get through the process successfully.

Three Main Considerations When Planning A Divorce In Utah

The Children – If there are children, their well-being should be a top priority. But often emotions will take over and there may be a custody battle. What’s best for the kids might not be apparent to the couple, who are too emotionally involved. If neither party can reach an agreement about the children, the court will ultimately determine who will get custody.

The Home – The next big consideration is who will stay in the home and who will have to leave. Most couples don’t want to cohabitate once the decision to divorce has been made. Often it will be the man who ends up leaving, but unless there is a court order stating otherwise, the man and woman have an equal right to live in the house.

Division of Assets – When divorce occurs, the court will attempt to split marital assets equitably. However, financial issues often lead to complicated situations. This is why a division of assets usually is a big part of a divorce proceeding. Property acquired during the marriage belongs to both parties, but some things such as inheritance may be exempt.